Emotions holding !FEST is known for its conceptual venues all over Ukraine. Despite the lockdowns, the company is conquering foreign markets: in April, their chain bar 'Piana Vyshnya' (Drunk Cherry) opened in Romania.

Recently, you’ve opened your ‘Drunk cherry’ in Bucharest. Could you please elaborate, why Romania and where else abroad can one visit your restaurants and bars?

At first, our partner opened ‘Drunk Cherry’ in Moldova, in Chisinau. He worked there and saw that the business model was successful. Then he proposed to grow further in Romania. We analyzed the market and decided that this country was interesting for us. This is how they jointly implemented the project in Bucharest.

So far, we have signed the lease of another place in Brasov, which is also in Romania. I think ‘Drunk Cherry’ will appear there in the summer season.

Currently, in addition to Romania and Moldova, we have three other venues in Poland: Warsaw, Wroclaw, and Krakow. Another ‘Drunk Cherry’ is scheduled to open in May in Warsaw and Lodz.

You’ve opened venues abroad during the lockdowns. How were they working?

The peculiarity of “Drunk Cherry” is that it works as a store, where you can buy drinks with you. Therefore, our establishments did not close during the lockdown. Of course, while the market is sluggish and cautious, the turnover is not what it could be. But at least it is possible to support the venues, pay salaries, and so on. We are waiting for the end of the lockdowns and the increase in guests.

We have no statistics for Romania yet: the establishment only opened a few weeks ago. But our expectations are positive. After all, people there like to spend time with coffee, liqueurs, and cocktails. So the concept has to be likable.

Do you sell franchises abroad?

Our projects follow the ‘franchising with a partnership’ business model. That is, we always invest more than 51% of our own funds needed for the opening. The rest is the investment of a local partner who better understands the specifics of the country or region. He manages the business on the spot.

What other countries do you plan to enter shortly? Maybe other establishments besides “Drunk Cherry” will go abroad?

We have lots of negotiations. But only a few of them get to become real projects. The exact plans for the near future I’ve already mentioned. What’s more to come? ‘Drunk Cherry’ in Berlin and ‘Rebernia’ (The Ribs’ Place) in Warsaw this year.

The exact plans for the near future I’ve already mentioned. What’s more to come? ‘Drunk Cherry’ in Berlin and ‘Rebernia’ (The Ribs’ Place) in Warsaw this year.

Your holding creates conceptual restaurants, cafes, bars. Tell us what comes first: an idea or market research, a search for a niche?

When we started a business, we started from the premises: we thought, ‘What idea could be implemented here?’ Now we start from ideas, a gut feeling about what could make it and shape trends. That is, an idea first, and then we look for premises to implement it.

First, we open a venue in Lviv with our own money, and we test it. If the business model is successful, we offer the project to other Ukrainian cities. This follows a franchise model or a franchise with a partnership. When the concept proves itself in Ukraine, we go abroad. 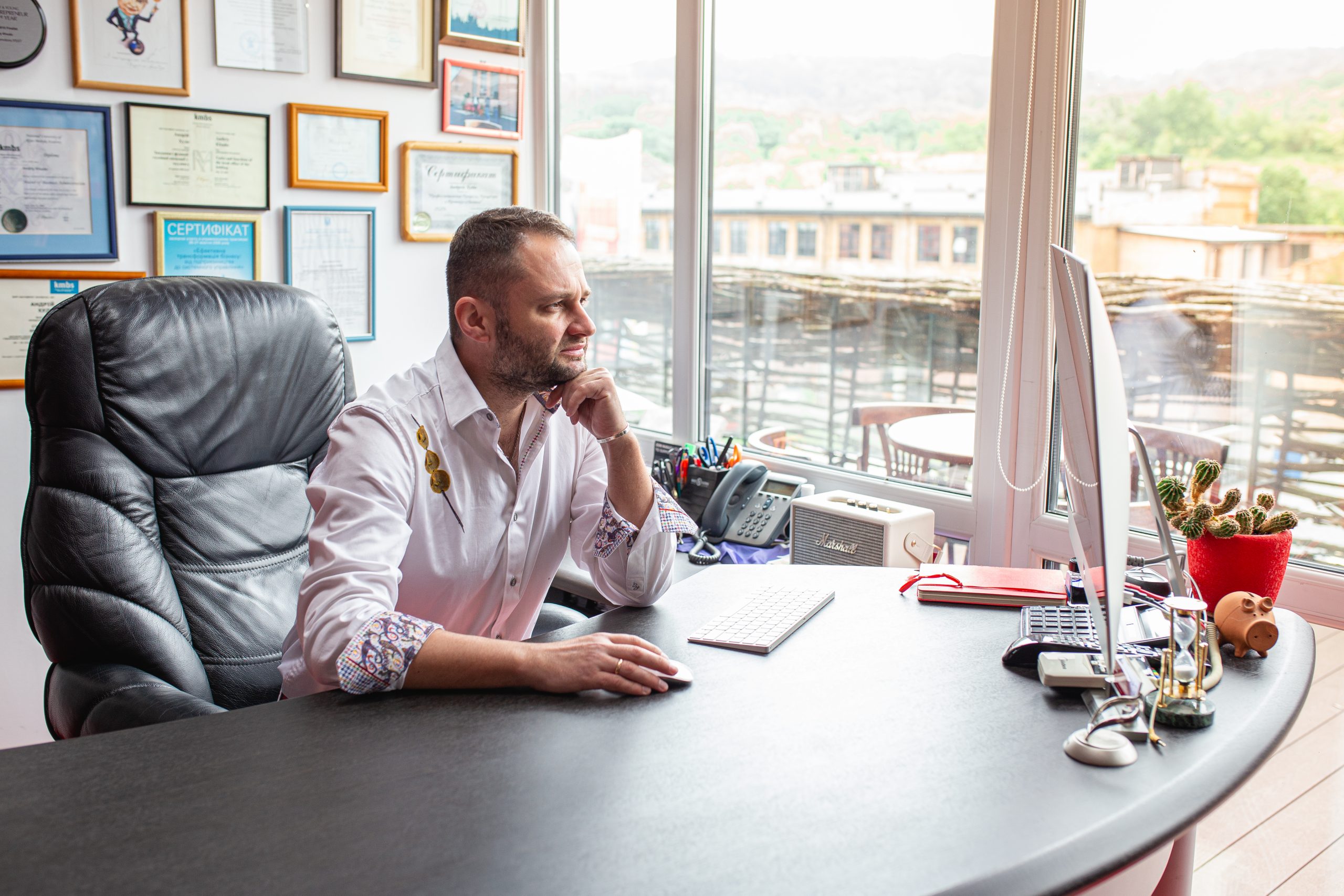 Do you adapt your restaurants to other cities?

It depends on the venue. ‘Drunk cherry’ is the same everywhere, even abroad. We’ve added the sign in Latin letters and changed the chandelier to make it more instagrammable.

‘The Ribs’ Places’ get adapted. They are different in Lviv and Kyiv. Recently, we’ve launched one in Odesa. Each ‘Ribs’ Place’ has its peculiarities, though. The Odesa locals didn’t like some portraits on the walls (this venue’s specifics was contemporary art in the interior. — Ed.) We’ve changed them ’cause we want to invoke positive emotions, not fuel conflicts.

What are other difficulties when opening a niche restaurant?

Things happen. Here’s one about ‘Drunk cherry.’ To find the product that will become trendy was the toughest. The first ‘Drunk Cherry’ opened in Lviv, on the Rynok square. Before, there was ‘Dva holubtsi’ (Two cabbage rolls) restaurant. However, that concept didn’t make it. Thus, we closed it and tried to open a bar there. The premises are small, so it was uneasy to implement a full-fledged concept there. It took us nine months to find the central product. In terms of interior, it was a piece of cake.

What venue is your favourite?

I can’t name one, all of them are my favourite.

I mostly go to the one that opened last to test it, to look at it. I also dine in ‘Duzhe vysoka kuchnia’ (‘Very haute cuisine’), because it’s about creativity and every time something new comes up (it is a restaurant in Lviv in the attic of the Venetian townhouse. Its feature is the absence of waiters and menus; chefs take orders. Guests choose a dish by talking to the chef.— Ed.).

Are there any analogs to the ‘Very haute cuisine’ in the world?

I haven’t met such creativity anywhere.

How did you come up with the idea of such a restaurant?

During the year, we organized ‘creative’ dinners with partners and chefs, once a month. For example, the evening dedicated to a certain product, the cuisine approach and so on. This is how new dishes and recipes were developed. It was extremely interesting. So we thought, why not share this with other people.

We opened the restaurant in the attic. There was an issue that it is high, that there must be a great motivation to climb there… It was a continuous creative experiment. Today, this venue means for us finding new dishes and even concepts and formats.

There was an issue that it is high, that there must be a great motivation to climb there… It was a continuous creative experiment

How did it survive lockdown?

The restaurant didn’t work but we’ve kept the team. Now, the venue is getting back to work.

Do you plan to scale it to other cities?

Not sure. In this restaurant, a lot depends on the people and the expertise of the chefs. I don’t think it can be replicated. You can multiply what has a product reference: ‘The Ribs Places’ are about ribs, ‘Lvivska Maisternia Shokoladu’ (‘Lviv Chocolate Studio’) is about chocolate, “Lvivski Pliatsky’ (‘Lviv Pies’) are about strudels and cheesecakes. And ‘Very haute cuisine’ is about creativity. How can you export it?

What concepts are in the development stage?

During the Craft Beer and Vinyl Festival, on 14-16 May in Lviv, we are presenting two projects. The first one is about meat, the second one has Asian flavor. Moreover, next month, we’ve got another launch in Lviv. Yet another project will be about milk. We are constantly in the state of creative search.

Moreover, next month, we’ve got another launch in Lviv. Yet another project will be about milk.

Wow, Asian cuisine. Experts say soon it will be very popular in Ukraine. Do you feel this trend too?

Of course. I also see the bright future of seafood.

What do you think about plant-based meat substitutes?

We haven’t worked with it yet as there was no demand. It is expensive, the food cost is not very affordable. I think this is a question of the future, not the present.

You have a VR cocktail on the Opera Underground bar menu. What is this drink and why is it VR? Do you have any other technological drinks or dishes?

You put on glasses, there is a picture. You see one thing, but in fact in front of you there is something quite different. It’s more like a joke, fun. We have few such drinks.

I also see the bright future of seafood

What experiments can guests of your venues expect this year?

For example, on the summer terrace of ‘Bilia Diany na rynku’ (“Near Diana on the market’), this year we’ll offer a signature dish, bagels. These will be buns or bagels stuffed with meat, fish or vegetarian fillings. We will also make coffee in Lviv style with lime.

To the most painful issues. How did your venues survive quarantines in general?

Lockdowns are mortal to us. They are pure losses. We have turned some venues into grocery stores to enable people to work and earn at least for salaries. The lease with the Galician-Jewish pub ‘Pid zolotoyu Rozoyu’ (‘Under the Golden Rose’) has expired. All other concept restaurants have survived quarantine. Now everything is gradually being restored. During the May holidays, we’ve relaunched the entire network.

Did you work for delivery?

Yes. We used Glovo services. We also launched our own !FEST-delivery, which delivered dishes from our restaurants. Initially, there were five restaurants. Then we saw that almost all of our restaurant formats could work for delivery.

Interestingly, the leaders in delivery were ribs and craft beer ‘Pravda’ (‘Truth’). But this is not a significant sales channel. This is not about business, but to stay afloat and remind about yourself. I do not see profitability here.

leaders in delivery were ribs and craft beer ‘Pravda’ (‘Truth’)

Have you digitalized your business during the quarantine?

We have our own app for guests, ‘Lokal.’ We are also growing in understanding how to promote our projects and products on Facebook and Instagram.

Your recipe: how to survive in quarantine?

Believe in yourself, your product. Something else is difficult to advise here. During the break we did our homework. It was time to stop, to think about what will be relevant in the future… Everything will be fine and in the future the market will work. 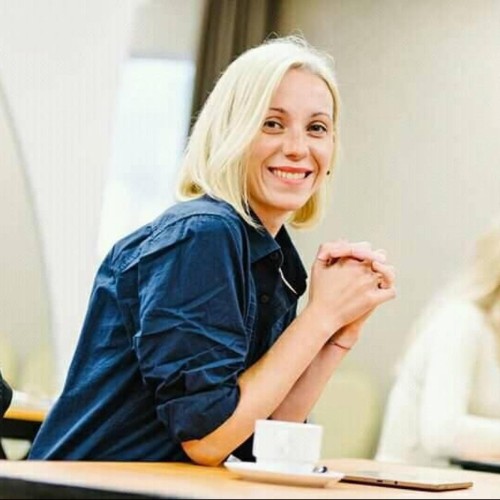 Our company, HD Group, is an expert in the...